Just over a week ago we had some interesting experiences in Curahuasi. There has been a talented artist volunteering at the hospital, and she had an art exhibition to show what her students had learned. At the same time she had on display a mural she had painted for the school. Then just after that a very talented musician from England who is using music to share the gospel in the rural parts of Peru came and gave two concerts. All of a sudden it felt sort of artsy in Curahuasi! Here is the article from the Diospi Suyana website. 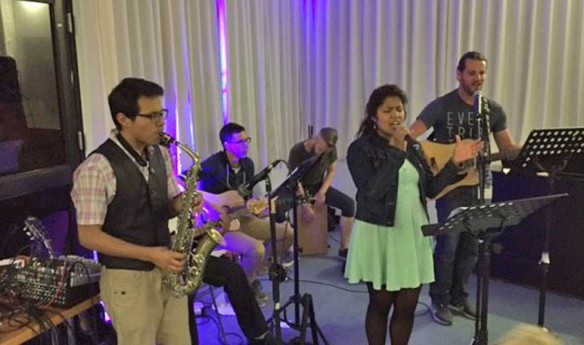 But not politically correct

If you had asked someone to describe Curahuasi to you ten years ago, anis fields and impressive panorama would have come to his/her mind.  The village in the mountains did not really have much else to lure people to it.  Diospi Suyana has changed Curahuasi – also in the cultural sense.  Some events held both in the hospital and in the school deserve to be called “highlights”.  The art exhibition last week was one of these highlights, as were the two concerts with their expression and flair.

The main actor Armond Anderyassian-Aznavoole is from England.  The Armenian, who plays the guitar and the piano, has performed in and around London for several years with the goal of sowing the seed of hope.  He is a Christian and he is on fire for God.  On the t-shirt he was wearing you could read: “Every tribe, tongue and nation” quoting the Apostle Paul’s letter to the Philippians – the greatest missionary of all times prophesied: “One day everyone without exception will declare: “Jesus Christ is Lord.””  Everyone from England, China, Africa and Europe.

We are pretty sure that this sentence is not politically correct and does not fit in our postmodern society. Damaris Abiguial does not have an issue with this statement.  She also sang a couple songs as part of these concerts.  When the Peruvian starts to sing even the coolest macho gets sentimental.  For many years the young woman from Cusco had to battle with the fact that her biological parents rejected her.  Her adoptive parents told her about God’s love which is for every man and every woman.  Hence it is not surprising that the focus of Abigail’s songs is God’s faithfulness shown through Jesus Christ.  Her belief is no philosophy, but the foundation of her life.

Without a doubt if the main message of a culture is hope it touches the heart and fills the soul.  Johann Sebastian Bach was of the same opinion. 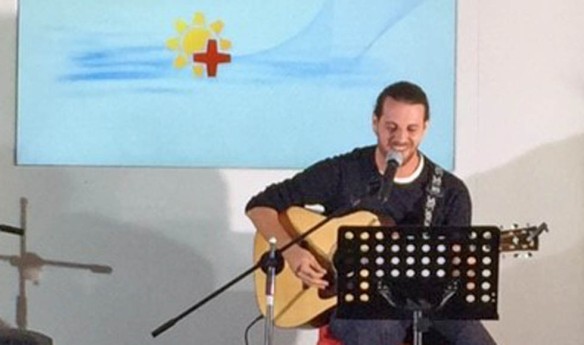 Armond Anderyassian-Aznavoole playing the guitar. Stefan Seiler, head of administration, got to know the musician in the South-Peruvian city of Arequipa: out of this meeting the two concerts held last week were born. 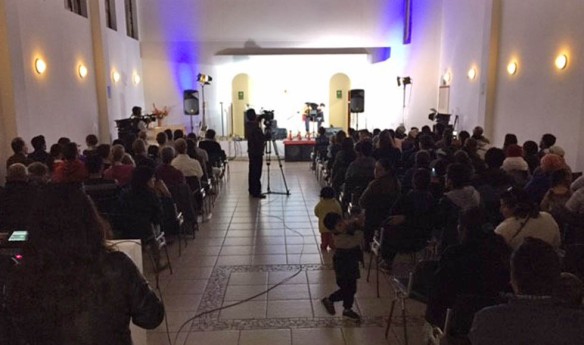 The perfect background for smooth ballades. 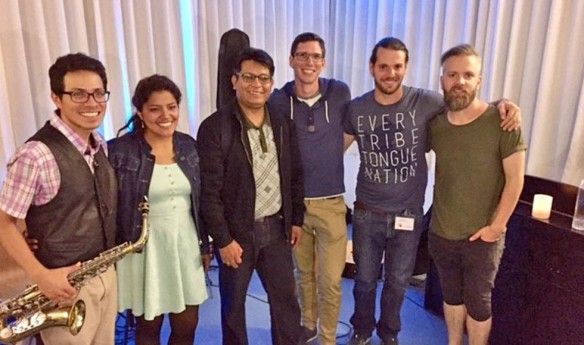