I thought this was an interesting article from the hospital website regarding how much of the business is done in rural Peru. Things can get accomplished, and transactions can be made, but it is hardly ever in the most direct manner.

Grassroots democracy in a village community 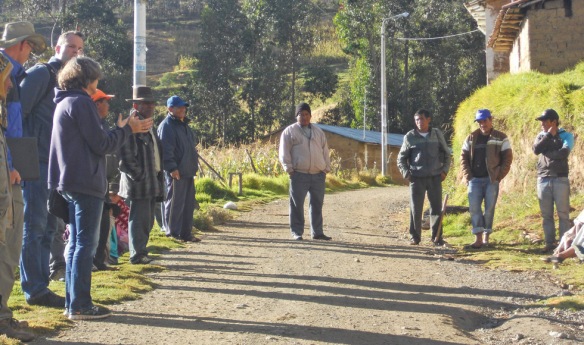 Diospi Suyana needs a spot for an antenna

The highest spot in the district Curahuasi is located in the village Totorrai. Exactly there Diospi Suyana would like to build the antenna tower. So a negotiation with the village was necessary. At 6am on Saturday morning Administration director Stefan Seiler, Dr. Martina John and the Chief of the workshop, Oebele de Haan left.

The meeting was planned for 6:30 am. Martina John writes: ”At first the villagers were very hesitant, but then they were all summoned with a Megaphone!”

The President of Totorrai greeted the delegation from Diospi Suyana and then explained to the Campesinos what decision had to be made. Dr. Martina John described the vision of Diospi Suyana, which included now Radio- and Televison work.

Now the negotiation started. For the lot of 100 squaremeters, which Diospi Suyana asked for, the inhabitants demanded free entry to the mission hospital for every villager. Others suggested an 80% discount for future hospital bills (Diospi Suyana has anyways the cheapest prices in the whole country). Or rather have Diospi pay an astronomical amount for rent? Every member of the village community had a chance to participate.

At the end they came to an agreement over an acceptable rent and the assembled signed satisfied a declaration of intent. The finalized contract is supposed to be signed the first week of June. 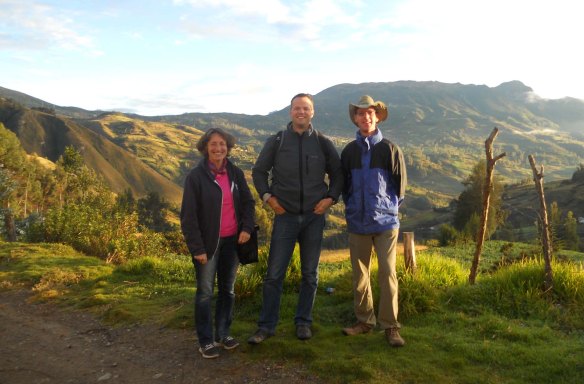 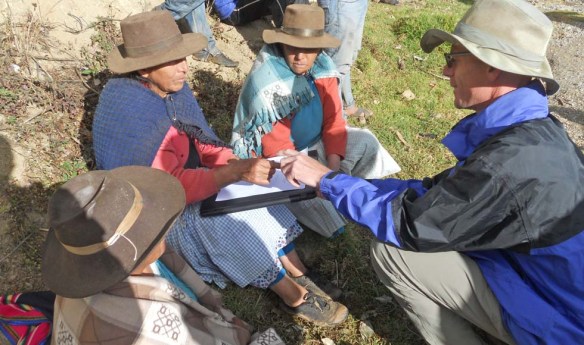 Chief of the workshop Obele de Haan is collecting signatures.