We had a medical campaign last weekend.  We drove a couple hours up into the mountains above Curahuasi arriving at a little pueblo where we set up a small clinic in the local school.  These clinics serve to encourage the local churches as they serve their communities.  They are a lot of work, but they are also a chance to get to know a bit more of Peru.  As workers in the hospital, it is a chance to know one another outside of the hospital setting.  This campaign was nice, because we were not overly busy.  We had time to enjoy the views.  And I was glad to visit this lake that I had heard about, but never been able to find!

High up in thin air

A medical campaign on the edge of a lagoon

Saturday morning. The darkness was still above Curahuasi when a force of about 30 employees gathered in the parking lot of the hospital Diospi Suyana. At 6:00, the two-hour drive over rocky, mountainous roads began. For the medical campaign, village Pastor Marcos Acuña had chosen the small settlement of Ccocha. No one was paid for this, and the Peruvian workers joined the expedition on a voluntary basis. When the cars finally reached their destination on the edge of a lake, the sun was shining down from the blue sky.

A small school was used as a makeshift hospital. For six hours, our team of doctors and nurses examined the patients who had come great distances on foot. Pediatric nurses Patricia and Esther entertained the children, and also gave medical and dental advice.

Lunch consisted of hot potatoes and salted cheese. Pastor Marcos Acuña and Wilmer Martín Asto gave testimonies about how faith in Jesus Christ had shaped their own lives.

Shortly before sunset, the convoy arrived back at the hospital. Missionaries and Peruvians alike were equally tired, satisfied, and enriched by many unforgettable experiences. We want to give a big thank you to all participants, especially to Kathi and Dominik Hüttner for their preparation for the effort. (Photos by André Bacher, Daniel Dressler and Dr. Martina John)

Two hours out and two hours back 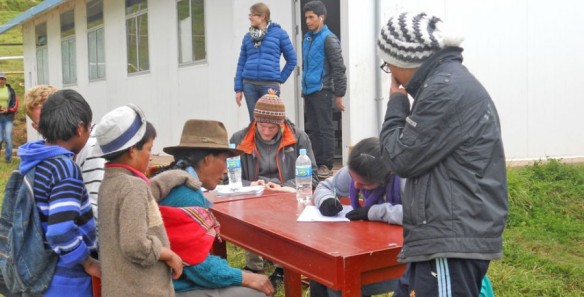 The data of the patient are recorded.

A group of patients. During the waiting period, they receive medical advice. 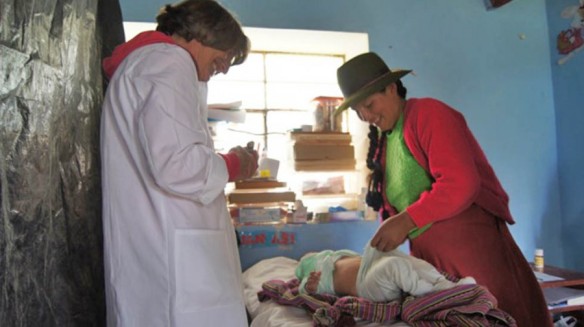 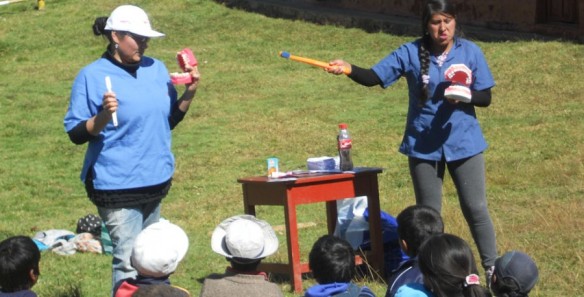 The ABCs of toothbrushing.